We remember the day, the very first day, when Hrim’s mother, Deepa Dani Ma’am, accompanied by father Kunal Dani Sir, walked into our school building, at Shukrana Bungalow in Sopan Baug. Deepa Ma’am was a three months old expectant mother approximately, twelve and a half years ago. We congratulate the tenacity and love, with which Deepa and Kunal have meticulously stepped to details and followed up with Hrim and sister Tatwamasi. Both are champions of Victorious Kidss and making their footprint of being so different and bringing out their own excellence. We worship and recognize the power of the excellence of the greats masters of the world. It is usually not recognized, the intense work done by the mother and the father, both together in building the frames of mind of the children. We remember, each one of those days and times, with setbacks, frustrations of failures, glory of great achievements with which Deepa and Kunal continued to strive ahead. We remember the day Deepa and Kunal, both three month old expectant parent drove all the way around 20 kilometers and got by the Divine Grace, linked up with Victorious Kidss Educares.

We remember they came the next day Monday and how the journey began- for the school as well as Deepa, Kunal and yet to be born Hrim and Tatwamasi. Today Hrim Dani at VIIth grade (MYP 2 D), is a Victorious Champion, is proving, time and again ~ that he is a shining star of our school. Since an early age, Hrim had a fair idea of what he enjoyed and loved doing. Off the beaten track – just anything, was his thing. He used scrap to make a torch at the tender age of 8! From attending Robotics Workshops with engineers and building a bot to making a drone when he was 11 years old, breaking and making things in his tinkering lab at home or playing the drums – He defies age!

When it comes to Golf, Hrim’s commitment to the sport and passion are unmatched, which explains his wins in Local Club Level tournaments. For two years, the golf course has been Hrim’s second home. His practice schedules are grueling. He practices meticulously for 4-5 hours every day and for about 8 hours on weekends. The champ has immense potential. Touted as one of the longest hitters in India in his age category, Hrim is a perfect blend of muscle power, steely nerves and mental neutrality. Not one to get affected by what others do, speak or think, and how they dress; our 12 year old, has a mind too strong to be distracted. Seeing his immense passion for the sport, his coach advised that he was ready to play at the National circuit. Hrim played his first West Zone Junior Feeder Tour conducted by the Indian Golf Union at The Willingdon Sports Club, Mumbai held during the last week of March 2018. Three days later, Hrim won his first Zonal Level Tour trophy – 2nd Runners Up!

Hrim has been awarded the Junior Golfer of the Year 2017-18. He was felicitated at the award ceremony by a Trophy and a cash prize for the fastest reduction in handicap across juniors and adults and the fastest improvement in the sport in Pune. In the recent past, Hrim has won 3 tournaments back to back, The Independence Day Cup, PHG tournament and medal round, which won him accolades from one and all. He now plays the West Zone Juniors in September 2018 followed by an International Tour in October in Thailand.

We see and recognize the parents, all of whom have single mindedly and passionately worked to discover the true hidden potential, from within their child at Victorious Kidss Educares. We congratulate all the parents and in particularly so Dr. Deepa Dani (an Economist, a Cambridge Commonwealth scholar and an M. Phil. from University of Cambridge, UK) and Kunal Dani (Value Investor), how they never give up even in some of those very trying times. Most importantly they kept a strong connection with the spiritual world and enhanced the spiritual value in their children.

We encourage all budding young parents as well as parents of grown up kids to take up the journey and produce the brilliant resources of humans (HR) in India. Page 246, Chapter II, Verse 31, in Bhagavad Gita, states that, “Indian the conquered would conquer her conquerors in 21st century”. Our mission, at Victorious Kidss Educares is to inculcate in each child, the concept, ‘Every Child Matters’; to help the parents, grandparents and teachers in creating those masterpieces – lest such brilliances get lost day after day, following the traditional concept of schooling and the narrow band of education and character development. We cannot waste such immense resources of our country. 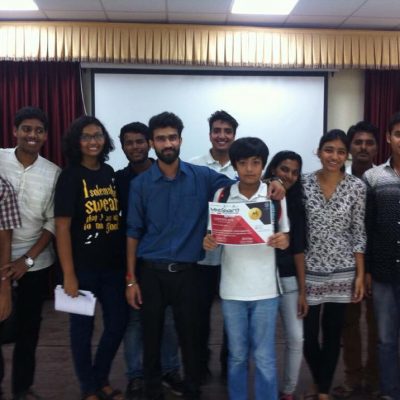 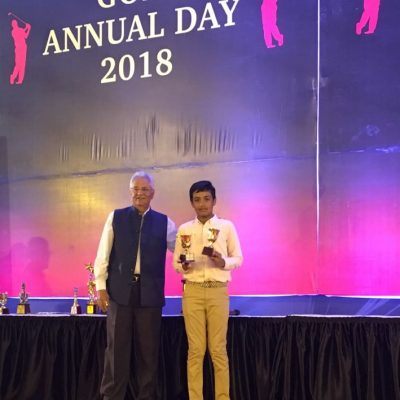