” Rapid population growth and technological innovation, combined with our lack of understanding about how the natural systems of which we are a part work, have created a mess.” David Suzuki

World Population Day is an annual event observed worldwide to create awareness about the cause, effects and solutions for the issue of Population Explosion. 11th of July, 1987 served as an apt day to be declared as ‘World Population Day’ as the Global population reached close to five billion. This day was, however, initiated in the year 1989 by the Governing Council of United Nations Development Programme (UNDP) to educate people about the issue of population.

At Victorious Kidss Educares, we observed ‘World Population Day’ on 11th July 2016, with our enthusiastic and energetic MYP IB Learners through various modes of expression like –PPTs, charts, poems, slogans, debates and role plays. This was a perfect platform to demonstrate the attributes showcasing international mindedness. It was indeed a delight to see the IB Learner Profile in action. It was an opportunity for students to examine the issue through various perspectives and critically think of means to resolve the same. 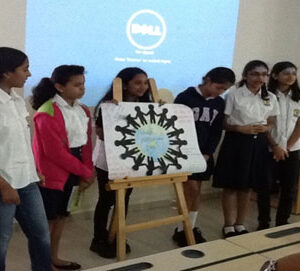