Victorious Kidss Educares was invited to participate in the 1st Model United Nations (MUN) conference for Primary students, held at Singapore International School on 8 April 2017. Seven (7) VKE champs from PYP, along with two (2) teachers attended the conference. The Chief Guest of the conference – Dr. Satish Goel inaugurated the ceremony, The SIS PD Head, Mr. Das Gupta had organized the event and coined the term MUNnovation.
The event witnessed the presence of young delegates from schools like NSS Hillspring, Edubridge International, Singapore International and Fazlani La’ Globale, besides Victorious Kidss Educares.
The four (4) Committees for which the agenda was declared were UNICEF, Lok Sabha, UNHCR and SAARC. The sessions saw confident Chairs and Delegates, who were all charged up to debate on the issues addressed. By the end of the session, these young minds were able to propose brilliant resolutions for the respective committees. The MUN students represented different countries and the simulated conference enabled them to understand the qualities of a true leader, become innovative thinkers and confident communicators. All the participants received certificates for their participation in the MUN.

We heartily congratulate these budding peacemakers. Rakeysh hailed the school flag; Pari and Bianca spoke brilliantly and most appropriately against child labour while representing Germany. Bianca’s acceptance of the challenge from Brazil propelled her to emerge with a defining statement ‘Children are meant for learning not for earning money.’ They spoke what they have been ingrained with their practices and living with the concept, ‘learning to love to learn’. Andrew spoke about the causes of civil war while Rakeysh contributed towards framing of the resolution for the committee. Chhanv and Avijit also made an equally important impact with their views.
Overall, they walked and talked what they have been living every day philosophy of learning would automatically make you a great earner, but that must not, like the rest of the world, be the goal of our children. They displayed that they have the power to emerge as the ‘Great Leaders and Managers of The World’
It was an extremely enriching experience for our students. They got to make new friends and share ideas under one canvas and concept of ‘Human Commonality’. 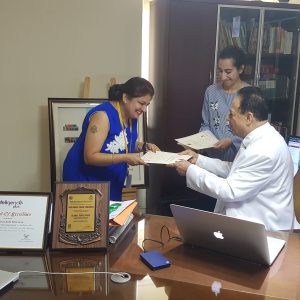 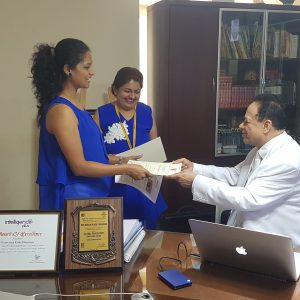