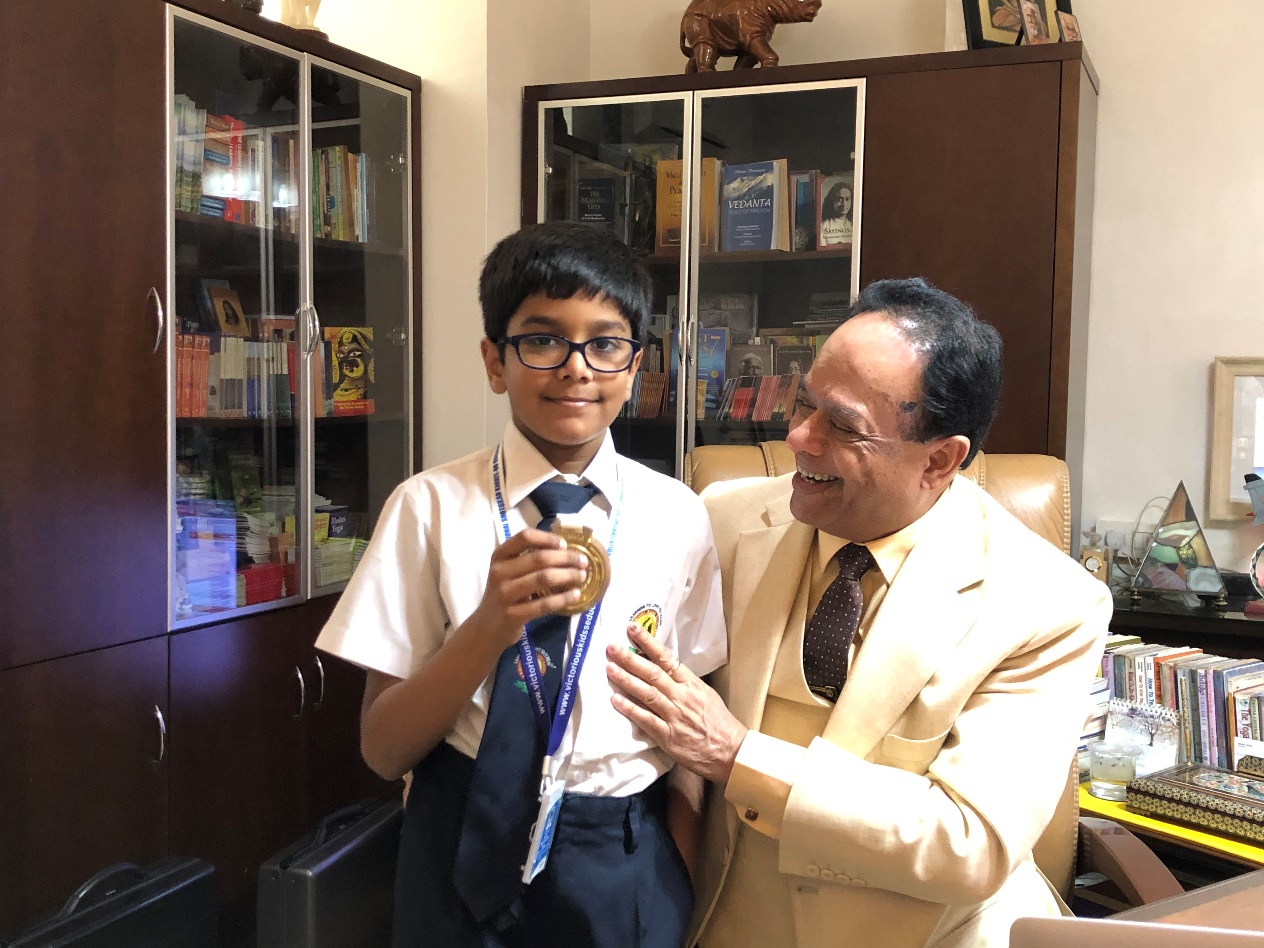 Gold medals aren’t really made of gold. they are made of Sweat, Determination and a hard-to-find alloy called Guts.

Victorious Kidss Educares student Achiever Ayan Jain from PYP – 5D has won gold in Karate. The entire family of VKE wish him success and more laurels in future events. He has shown learner profile attributes like being balanced, a good thinker, risk taker and principled. He is showing his reflection on his achievement, expressing in his own words.

“Hello! I have been learning karate for one and a half years. Currently, I am a Green belt, which is the fourth belt from the start. I participated in a karate competition on the 15th of December 2019. Since this was my first competition, I felt nervous but determined to do my best. My competitors were chosen according to their expertise level and height. After beating everyone in Katha, which means a series of karate moves done with power and accuracy, I secured the first position and won a GOLD medal. After the competition, I felt very happy to win the gold medal. I shared this news with my family and friends and now I am sharing with the school. However, I didn’t do well in Kumite which means a fight against another player as per karate rules. I learned that in order to do Kumite, I have to practice more and practice harder.”