By Robbin Ghosh11/02/2019Uncategorized, Vedanta
No Comments

Once upon a time, in the court, of an ancient kingdom, adjacent to the then capital of India ~ Kashi (Today’s Varanasi or Banaras), a dramatic play performance was staged. The King and the Queen had organized this very special function, and required a pretty little girl of age ~ around 5 years, to play the role of ‘Princess of Kashi’. They could not find an appropriate girl for the role. So, the Queen came up with an idea of dressing up her little son Prince, who was about same age of five (5) years of age to enact the role of ~’Princess of Kashi’. The court as stances and maids in assistance, dressed up the Prince for the role, very well and he looked so cute and beautiful that the Queen asked for a portrait to be painted of him, ~ as he looked in that costume. The painting was completed and titled ‘Princess of Kashi’ with an appropriate date marked on it and stored away, in the palace’s basement store room. 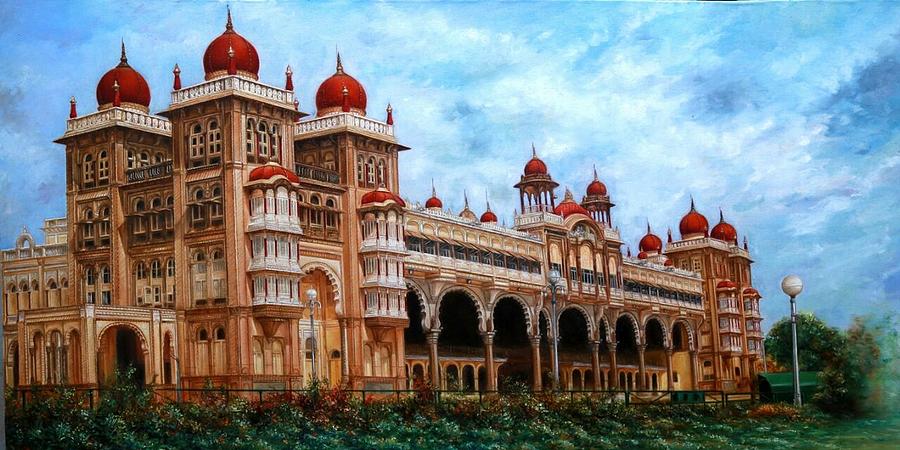 Now, almost 15 years later, the Prince was all grown up, an adult, being trained to take over as the ‘Yuvraaj’ of the kingdom. One day while exploring the old stores of the palace, he accidentally discovered that painting. He was so mesmerized, hypnotized and enthralled by the beautiful Princess in that painting, he wanted to get married to her. Based on the date, he figured out that she would be of the same age as him and without a second thought; the Prince decided that he would not marry, anyone else, other than the ‘Princess of Kashi’. But feeling a bit shy, he could not tell anyone or share with his parents! He felt so moved, that he thought he would die, if he did not marry this princess. He felt lost and everyone could notice that something was unusual and wrong with the future ‘Yuvraaj’ of the kingdom. Worried King and Queen, talked and were equally unhappy, not knowing and realising,’what could they do to bring about some smile in their only son’s face?

The Court Ministers were worried too. One day, one of the path finders, a truly dedicated and very intelligent Minister, chose to approach the Prince and talk to him. The Minister, spent some part of the day with the prince, made some good progress in removing the barrier of his shyness, and then asked him, as to what did exactly bother him so much? The Prince, by then being frustrated enough, chose to share with the friendly Minister, who had always been a friend! The Prince confided, “I’m in Love.”

The minister asked, “That’s very good news Prince, but who is the girl?” the Prince replied, “She is a Princess!” The Minister replied and, “A Princess, very good? Where did you meet her?” The Prince, “I haven’t met her, I have only seen her picture”

The Minister, “Okay, very good but where have you seen the picture of this Princess?” “Well, I haven’t seen her recent picture but I have seen a 15-year-old painting of hers and fell in love with her. I have made up my mind and will only marry her!” Now, the minister started to get a faint idea of what might have happened. So he asked the Prince, to accompany him and to show him the very special painting.

The moment the Prince heard of the truth, the desire for Princess of Kashi in his heart disappeared. He realised that he alone is that girl in the painting! But why, did the desire go away? Is it because he married her? No. Or did it go away because he realized there was no way he could marry her? No. It went away because he realised that there is no such girl, as apart from him. The girl in the picture and he himself are one and the same. In this story, the Prince realised the duality of him and the Princess, was only ignorance and not reality. There are no two different individuals, two different beings. The illusion was caused by his not knowing, was because of darkness of ignorance. The desires within his mind and understanding also disappeared.

This universe is our ‘Princess of Kashi’. When we realise Brahman, we realise there is nothing in this universe apart from me. We are one with everything that exists, ever will exist and whatever existed.